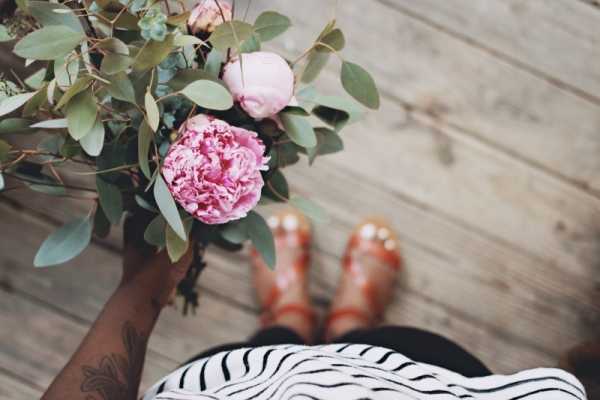 Does a peony mean “anger,” or does it mean “shame”? (Photo courtesy Foter.com)

It’s one thing for a modern young person to develop a knack for growing things under the direction of a parent, grandparent, teacher, or other important adult. It’s quite another to also become versed in the meanings of specific flowers — rhododendron (“beware”), white poplar (“time”), snapdragon (“presumption”), mistletoe (“I surmount all obstacles”), and more. This is the the language of flowers, which in Victorian times was used to convey a surprising range of sentiments. 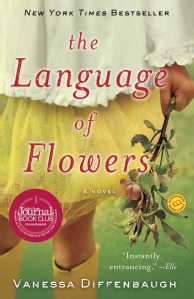 These are the gifts with which Victoria Jones goes forth in Vanessa Diffenbaugh’s novel, The Language of Flowers (Random House, 2011). On her eighteenth birthday, Victoria ages out of the foster care system and is turned loose in San Francisco to figure out the next step. Isolated and mistrustful, she does little to help herself — but she does plant a garden. She eventually finds work with florist Renata, who is quick to recognize the young woman’s gift for helping people choose flowers for the people and special occasions in their lives based on their meanings.

Her work in San Francisco’s floral world reconnects her with flower farmer/vendor Grant, the nephew of her former foster mother, Elizabeth. Vineyard owner Elizabeth had been Victoria’s mentor in horticulture and the language of flowers. She also wanted to become Victoria’s adoptive mother. This is where the chapters begin to alternate between Victoria’s present-day reality — her work with Renata and her developing relationship with Grant — and the 10-year-old Victoria’s time with Elizabeth. You know something drastic is coming, because Victoria ended up back in foster care; and plenty of changes are unfolding in the here and now that are going to bring those old chickens home to roost.

Such as: the annoying tendency of any language, even the language of flowers, to not remain static and free from contradictions. Victoria visits San Francisco’s Main Library more than once to pore over every volume she can find on flower meanings. She has either been presented with a flower whose meaning she cannot decipher or is looking for a precise botanical response to Grant, who is also flower-fluent. The books are old, crumbling, tucked in between the Victorian poets and gardening books, but it doesn’t take long before she is confused and frustrated anew by multiple, often contradictory definitions of a single flower. She had given her caseworker peony to convey “anger,” but now she finds the flower also means “shame.”

“If peony could be misinterpreted, how many times, to how many people, had I misspoken?” Victoria wonders. Soon, she and Grant begin working on a flower dictionary of their own (it’s included at the back of the book).

Though I was fascinated by the way this young, contemporary character employed the Victorian-era language of flowers to express herself and, ultimately, to help herself and others, some of her behavior is inscrutable, even considering her history in foster care. I also felt disappointed and angry with Elizabeth, who was supposed to be the grown-up. But maybe there’s a reason the foster care system is the setting for stories like this … the actual as well as the fictional.

3 thoughts on “Saying it with flowers”