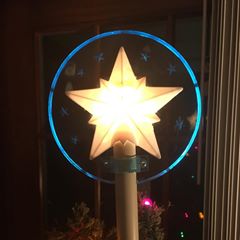 When my mother died, the last thing I wanted to read was a well-meaning but too-much treatise on grief. Dr. Alan Wolfelt’s Healing the Adult Child’s Grieving Heart, with its 100 practical, one-page ideas for things to do or think about, was exactly what I needed during those first weeks and months.

Its user-friendly format also makes the book easy to revisit, as I often do when the holidays bring a fresh load of “Crap … I should be doing better with this.”

Grief is a process, not a destination. I know this. The Thanksgiving/Christmas/New Year stretch is cold and dark in this corner of the world, and the holidays add another layer of challenge to whatever we are facing. I also know “shoulds” hurt more than they help, and they’re so not in the spirit of God using the humblest, darkest circumstances to show the greatest love. 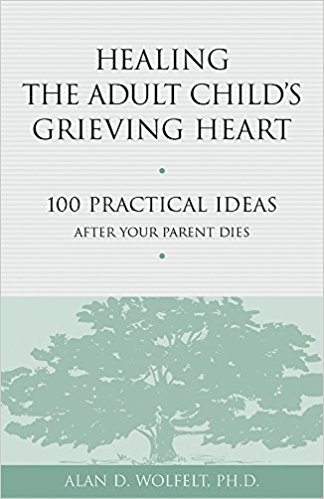 So I took the slim volume off the shelf and opened it — right to No. 68: Prepare yourself for the holidays. Wolfelt’s top bullet point on this page is, naturally, the sadness felt over no longer having your parent around to share these special occasions and gatherings. Having lost both parents makes it feel all the more sad and strange; we are orphans no matter how old we are.

However, Christmas is about memory as much as it is about the here and now. Wolfelt notes in his second point: “Your family’s holiday traditions were formed decades, sometimes centuries, ago and resonate with layer upon layer of memories.”

He’s spot on about the layers. In addition to the happy, quirky Christmas memories that reside in my consciousness are ones of my mother’s terminal diagnosis two days before Christmas and her passing two days after. In between was a blur of travel, consultations in poinsettia-bedecked hospital hallways, the beep of monitors, relaying information to other family members, waiting for doctors, talking with Mom, sharing Reiki energy to ease her transition, and almost, but not quite, forgetting about the holiday.

The following Christmas, I had the tree-topping star that has graced a Crowe tree since the 1950s refurbished. It doesn’t twinkle and blink like it used to, but the blue circle around it glows in a way I swear it never did before. It casts a new light in some of the darkness, which is what Christmas is about in the first place. It also lets the happy memories begin to re-layer themselves over the sad ones.

For another layer of memories, I dug out my dad’s favorite Mannheim Steamroller Christmas music.

I flipped a little further in the Wolfelt book, finally landing on No. 96: Let go of destructive beliefs about grief and mourning. Such as: “I need to get over this.”

Your grief is your grief, Wolfelt says: “It’s normal and necessary. Allow it to be what it is. Allow it to last as long as it lasts. Strive to be an authentic mourner — one who openly and honestly expresses what you think and feel.”

I’m still working on that … and following yonder star. 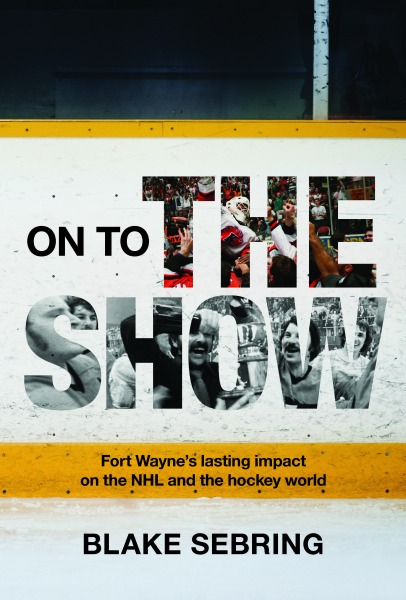 In what may be the most goal-oriented installment yet, the Seven Questions series continues with Blake Sebring, Fort Wayne author and longtime sportswriter for The News-Sentinel.

Blake has covered the Fort Wayne Komets for 27 years and authored several books, including the just-released On to the Show: Fort Wayne’s Lasting Impact on the NHL. Blake is also a colleague from my copy desk days at the N-S, one with a particular gift for finding and telling the stories of humor, faith, and perseverance that underscore every game. I don’t remember ever having to bug him about a name spelling or missing information … and you’d have to be an editor working on daily deadlines to fully appreciate that, but on to the show.

Blake’s latest includes stories with people such as Mike Emrick, Bruce Boudreau, Kevin Weekes, Dale Purinton, and others from Fort Wayne who have advanced to the highest level of the sport. Here, find out more about Blake’s laughs with legends, defining moments and what happens when a mild-manned sports reporter has murder in mind:

1. You mentioned this was the most fun you’ve ever had writing a book. Tell me what made it so.

Every former Komet I reached out to called me back within a day, if not sooner. I told them it would take half an hour or so, but we usually ended up talking for two hours. The first hour would be reminiscing or catching up about past teammates and their families. There were always a lot of laughs before we ever got started on the actual reason for the conversation, and then they gave me incredible material to work with. Some of the stories I had never heard before, and that made me want to write the stories right away.
2. You’ve covered the Komets for so long, telling their stories on and off the ice. What is it that you wish more people understood about hockey?
A couple of things. I’ve never felt the sport has done a good job of selling how much better the game is in person than it is on TV because you can see everything. The other thing is hockey players don’t get enough credit for being such incredible all-around athletes. They aren’t the biggest, fastest or tallest, but they play a game that is almost as physical as football and requires as much aerobic conditioning as basketball, and they do it three or four times per week.
3. When someone mentions Bob Chase, the late voice of the Komets for WOWO (and the subject of Live from Radio Rinkside), what’s the first image/memory that springs to mind?
Bob’s humility. When I wrote his obituary column, I talked about how everyone always felt comfortable coming up to say hi or ask him a question at almost any time, and he absolutely loved that. Every time I talked to him about an award he received, he’d always get misty-eyed and wonder why his life was so blessed. And if you asked him about his kids, the water works would really get going. Bob was exactly the same in private as he was in public.
4. What’s your favorite sports movie?
Probably “Miracle.” Usually, Hollywood ruins sports movies because the action looks fake (actors are generally horrible athletes) and they change the story by adding conflict and drama, which really ruins it if you followed it as it happened originally. They didn’t have to do any of that with “Miracle.” I’ve talked to former Komets Steve Janaszak and Mark Wells enough over the years to have some insight into the 1980 U.S. Olympic hockey team and what they experienced. Their stories are in the book.
5. Your last book, Lethal Ghost, delves into darker territory than sportswriters (or most police reporters) encounter. What, if any, challenges did you run into in the course of writing it?
(Chuckles) I wanted to try something totally unexpected and out of character to challenge myself as a writer. When I write a book, I usually try to experiment with something different, and in this one I wrote the bad guy in first person and the good guy in third person, and maybe the most fun was when they interacted. I had the beginning and the ending figured out in my head before I started writing and just let everything else flow. Every time I’d run out of material, my mom would come up with a new way to murder someone or I’d let it percolate for a few days and a new idea would pop in. I’ve got two sequels planned. Bwa-ha-ha!
6. There is a “defining moment” theme in the fictional The Lake Effect, certainly, but also in The Biggest Mistake I Never Made, which talks about Lloy Ball’s decision to play volleyball for his dad at Indiana University-Purdue University Fort Wayne instead of Indiana University Bloomington. Can you share one of yours?
I was 23 years old and working as a sports editor in Sturgis, Mich., and I left after 18 months because my boss kept lying to me. I didn’t have anything else set up, other than I knew I had to do something different because the environment was so bad. I needed to stand up for myself so I came home and worked part-time at The News-Sentinel and loaded freight at the airport for six months until the paper created a full-time position for me. Loved the freight job, by the way.
7. What is one thing you never leave home without?
The expectation that I’m going to find something or someone new that I can tell a story about if I just keep my eyes and ears open. The absolute best part of my job is that every day, every game is unique, and I never know what I’m going to find or see. How many people are lucky enough to say they are never bored with their job? How lucky am I?
___________________
Learn more about Blake’s work at www.blakesebring.com.